Karate is a martial art that has its origins in Okinawa, one of the Ryuykyu Islands located south of Japan. The word karate comes from two kanji characters, kara and te. Kara means “empty” and te means “hand” .Karate is translated as “empty hand” , referring to the fact that student of karate learns to defend without the use of weapons.
Karate practise is divided into three aspects: kihon (basics), kata (forms) and kumite ( sparing). Shotokan founder G.Funakoshi has said that ”mind and technique become one in true karate”. We strive to make our physical techniques pure expressions of our mind’s intention , and to improve our mind’s focus by understanding the essence of the physical techniques. By polishing our karate practise we are polishing our own spirit or our own mentality. For example, eliminating weak and indecisive movements in our karate helps to eliminate weakness and indecision in our minds.

Shotokan is the most widely practised style of karate in world. Shotokan was founded by Gichin Funakoshi (1868-1957) in Tokyo in 1938. Funakoshi is considered to be the founder of modern karate. Born in Okinawa, he began to study karate with Yasutsune Azato, one of Okinawa’s greatest experts in the art. In 1921 Funakoshi first introduced Karate to Tokyo. In 1936, at nearly 70 years of age, he opened his own training hall. The dojo was called Shotokan after the pen name used by Funakoshi to sign poems written in his youth. Shotokan Karate is the fastest and most dynamic form of karate and is characterized by powerful linear techniques and deep strong stances.
G. Funakoshi the first to systemize karate actions, to enrich the arsenal of Shotokan style with new feet blows and technique of close combat, to develop the rules for sport competitions.
The emblem of Shotokan style is a red sun in a circle with a white half-moon.The symbol of the style is a tiger with raised right paw. The qualities of this animal like speed, power, raction, flexibility and dexterity describe the fighters of Shotokan style. 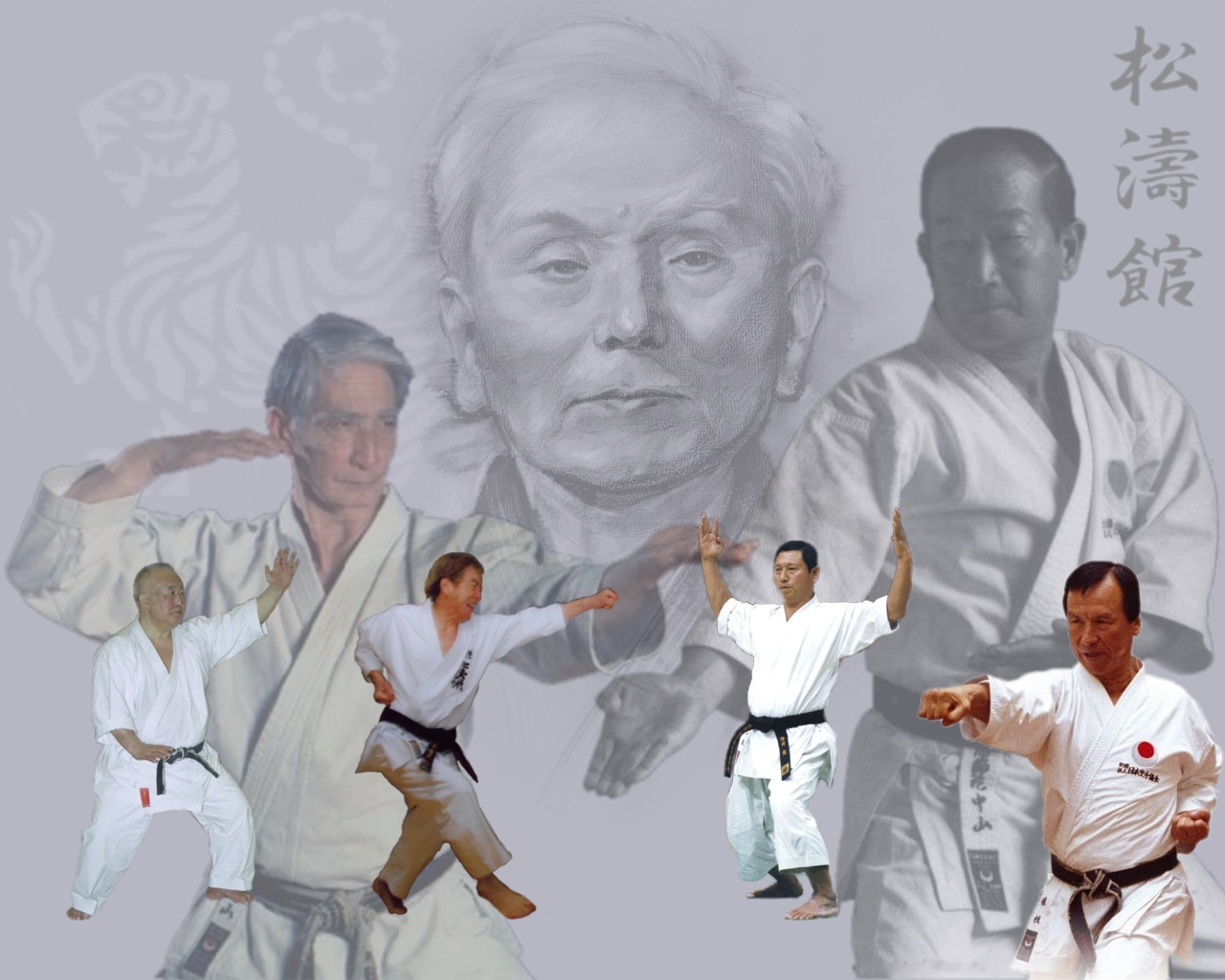